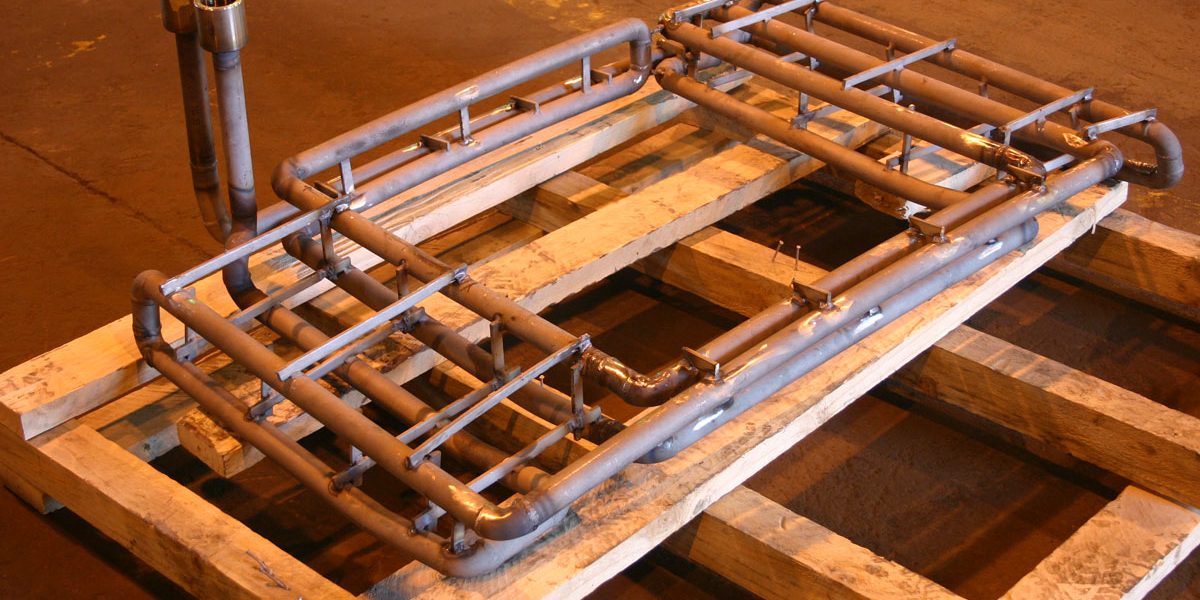 South African foundry and engineering company Thos Begbie has extended its service offering by adding a new graphite facility to its production line having acquired a new graphite carbon refractory plant last year at its manufacturing campus in Middelburg, Mpumalanga.

Further, the unit’s refractory fitted components needed to be cured unde The company is ISO 9001: 2015 accredited; therefore, it complies with internationally accepted specifications with very tight tolerances and performance criterial, Bantjes explain. It also means that the requirements for a quality management system are met.

These requirement checks on components are done using X-rays and ultrasound, where a team of accredited external inspectors do the measurements and record these on a data pack, which is sent to the client.

Further, if there is water-reticulation piping within the casting, a ball test – blowing a metal ball through the piping to ensure that the water flow will not be restricted by, for example, foreign material or ovality – and pressure tests are done to ensure that no leaks are present. A full material analysis can also be done on the composition of the metal to ensure compliance.

The company’s engineering team is responsible for the design and casting of consumable components, with the pattern shop facilitating the quickest possible turnaround time.

“The reputation Thos Begbie has for meeting urgent client needs is what keeps the company as the preferred supplier,” Bantjes points out.

Key challenges in the furnace industry include the increasing cost of mining and transporting ore, usually from remote mine sites, to smelters, as well as the increasing costs of electricity and gas, which, in turn, increase the production costs of smelters.

Smelters are under constant pressure from shareholders to reduce costs, with demand also requiring that each one becomes the lowest cost producer of its chosen range of metals.

China, in its pursuit to impose antipollution restrictions and stricter environmental standards, has, for example, ordered the halting of several operations, including those of blast furnace factories and induction furnace steel plants, in the past few years.

“These costs cannot easily be recovered, as they are nonproductive and have to come from in-house savings, as competition prevents price increases for end-users . . . all of these factors raise challenges for the pyrometallurgical and associated industries, resulting in downstream negative earnings for everyone.”

Political instability in South America and Southern Africa, besides others, contribute to a lack of investment and general inefficiencies in global productivity, resulting in uncertainty for the smelting industry, Bantjes says.

Meanwhile, Thos Begbie has been awarded a contract to manufacture and supply about 200 t of copper furnace components for an ilmenite smelter in South Africa, says Bantjes.

These components have a complex metallurgical recipe and manufacturing process, where several variables have to be controlled during the smelting and casting process.

Temperatures have to be controlled to a very narrow margin and this is checked while the mix of 4 t to 6 t of molten metal is higher than 1 000 ºC.

There are key players who ensure that the smelters operate at optimal condition and Bantjes emphasises that “it takes highly skilled operators with years of experience to accomplish a superior casting . . . we must not forget the team who prepares the pattern and the moulds made from the pattern”.

Even before they start the manufacturing process, the respective engineers get together and brainstorm, looking for any difficulties that may cause problems during the process.

Thos Begbie has been supplying critical components to the mining industry for 133 years with a key focus on quality and reliability to meet client deadlines, concludes Bantjes.

“These investments have aided the company in its mission to become a one-stop shop,” Bantjes says, adding that companies were “delighted in that their inspection or surveillance processes could take place at one site” instead of several sites because of capacity issues.

Original article used with permission from Engineering News, a publication of Creamer Media