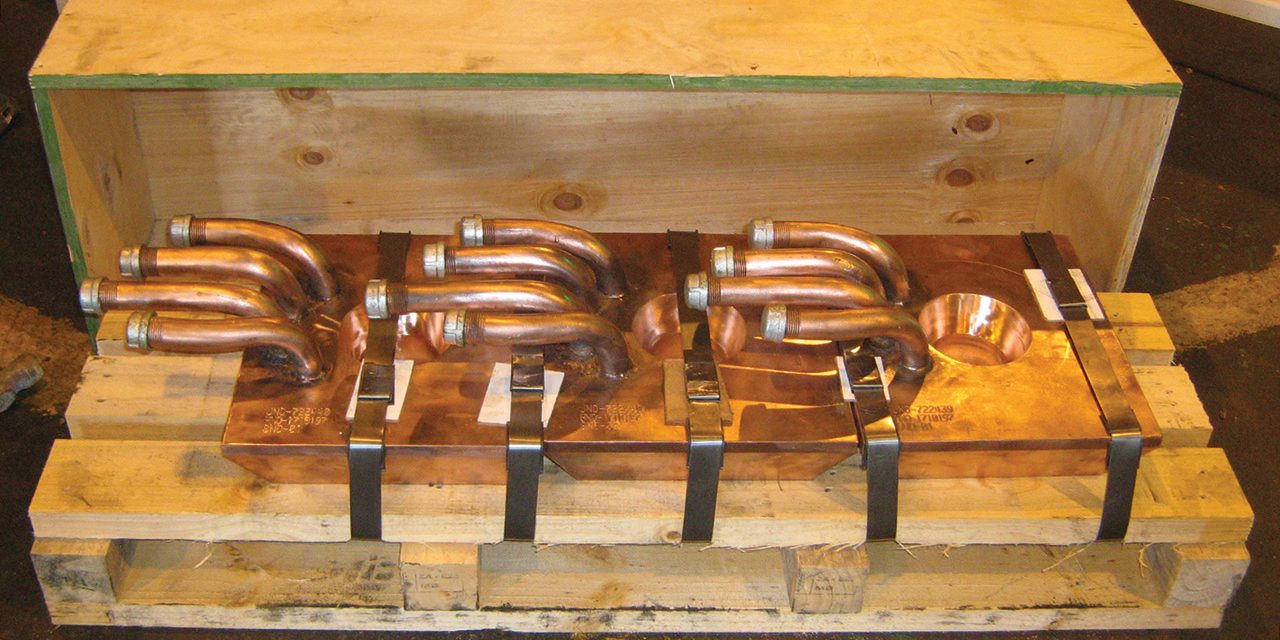 The global copper industry is in crisis – traditional orebodies are becoming depleted and the commodity market has depressed the price of copper to such an extent that mining companies cannot afford to invest in expansion or new equipment, says foundry and engineering company Thos Begbie group executive Edwin Dreyer.

“Lower ore values mean additional tonnage must be mined to obtain the same yield as before, which leads to cutting costs and workers being laid off.”

He notes, however, that new areas in Peru and Chile, in South America, are being prospected in the hope of finding payable ore value. Investors are also looking for new copper deposits in the Democratic Republic of Congo (DRC), Zimbabwe, Zambia, Indonesia and Australia.

Dreyer further comments that most geologists agree that the Central Africa region, comprising the Great Dyke and associated hydrothermal deposits running through Zimbabwe, Zambia and the DRC, will be the major source of copper in the future. He adds that the Kitumba deposit, in Zambia, “holds much hope for future mining” and that current reserves show a yield of more than a million tons of copper a year.

Two Thos Begbie sales engineers will attend the three-day Caminex trade show, which will take place at the Kitwe Showgrounds, in Zambia, from June 5 to 7.

Dreyer says that, in his experience, attending such an event is “vital” to the future wellbeing of the industry and to Thos Begbie. “One needs to be seen and network with as many people as possible, everyone there has the same intention, and new and renewed contracts are vital tools for deeper penetration into Central Africa.”

The company is looking forward to meeting new people in the industry and seeing how the industry is growing and being supported by more investors. Dreyer notes that, owing to improving political stability in the region, there is more investment and, therefore, the mining and processing of copper is growing. He also mentions that global demand is increasing as renewable energy “takes off as a growth industry”.

Meanwhile, Thos Begbie is completing the paperwork to establish a branch, called Thos Begbie Zambia (Limited), in Kitwe; the company expects operations to start at the end of next month.

Thos Begbie had to travel to existing clients in the area several times to determine whether they would use the company’s services and, thus, make it viable to establish a branch. “The need became obvious and clients were delighted that we intended to have a technical presence close by.”

“The reason we are establishing the new branch is that we want to be on hand for our clients and move the operations that we have been doing from South Africa there to shorten delivery time and be more reactive,” he says.

Moreover, he notes that the logistics of travelling between South Africa and Zambia has been daunting and often takes too long, which can be particularly problematic when a client needs urgent attention. He adds that it is not sustainable for the company to continue dealing with the challenges involved in transporting high-value equipment in and out of Zimbabwe and Zambia.

“Having a presence there will provide clients with greater confidence in our ability to react rapidly to their often-urgent requirements. Our main aim is to deal with urgent breakdowns and repairs on site, and have experts on hand to deal with every eventuality on a 24/7 basis,” Dreyer states.

The branch will initially be staffed by two South Africans, with a backup team available to travel there whenever needed. The manager will deploy Zambian residents, who may need additional training. The current plan is to start with four artisans and expand according to the growth progress, Dreyer states.

He comments that Thos Begbie has previously resisted investing further into Africa, owing to the high risks involved in doing business on the continent. He explains that an owner of Thos Begbie in the past lost a considerable amount of money and assets in the DRC when a tribal battle over land and mineral rights resulted in the loss of a furnace and associated processing equipment, which were seized by rebels.

“However, we find that Zambia has really proved itself as an investment destination and we are confident of being successful and intend using this base as a springboard into other countries in that region,” he concludes.